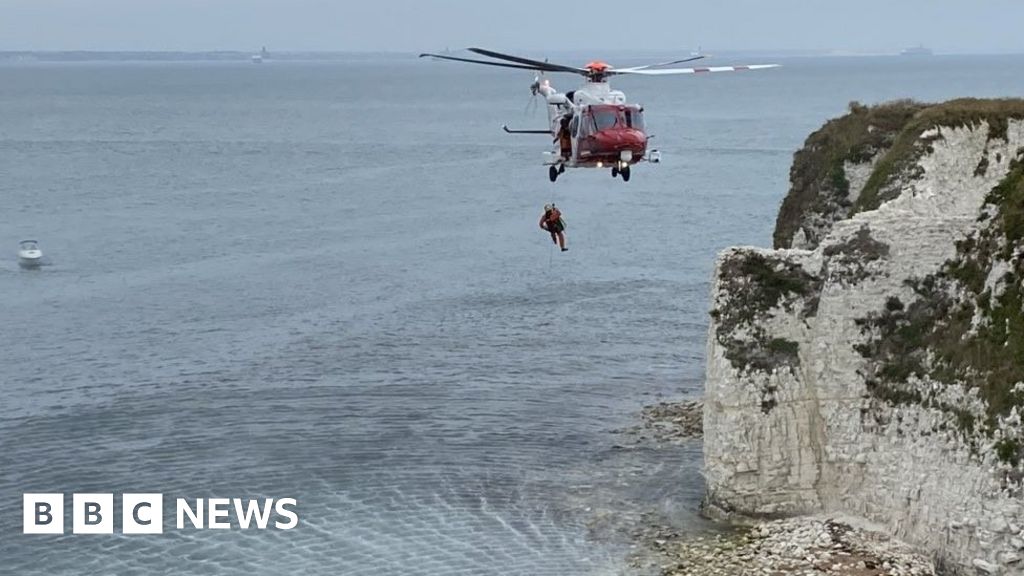 A woman was seriously injured when she slipped and fell 60ft (18m) from a coastal cliff in Dorset.

The woman, in her 60s, had been walking at Old Harry Rocks near Swanage, just before 16:00 BST on Friday.

She was airlifted from the base of the cliff and taken by helicopter to Southampton General Hospital.

A spokesman for Swanage Coastguard said: “A large area was temporarily cleared and closed to allow the emergency services to work including landing two helicopters.

“It is understood the female was close to the edge when she slipped whilst out walking.

“Members of the public called 999 reporting the incident after witnessing the fall.”