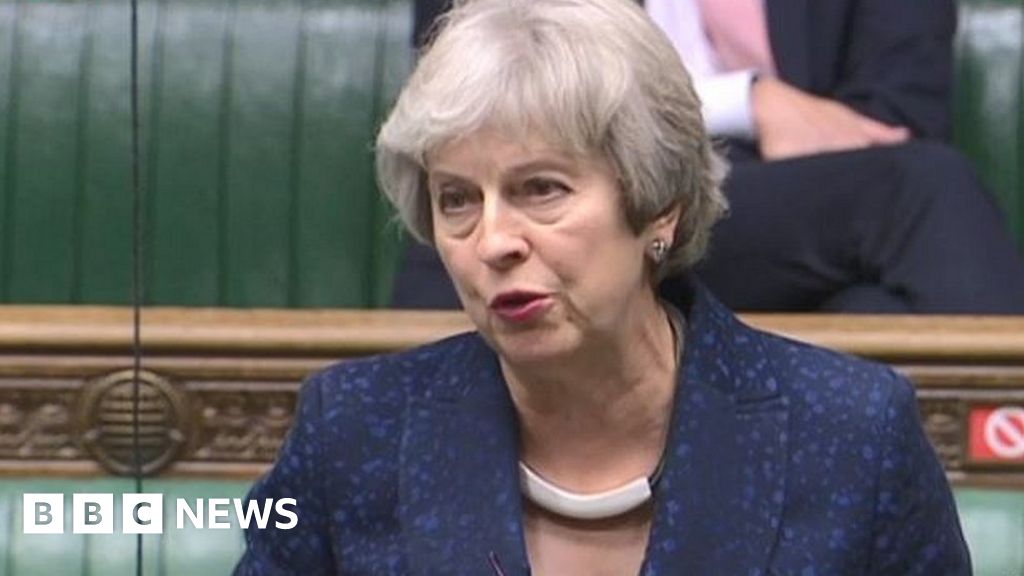 Former Prime Minister Theresa May has said she “cannot support” the government’s plan to override parts of its Brexit agreement with the EU.

She told MPs the move, which breaks international law, would damage “trust in the United Kingdom”.

The Internal Market Bill will be voted on in the Commons on Tuesday, having passed its first hurdle last week.

Ministers say it contains vital safeguards to protect Northern Ireland and the rest of the UK.

The bill is designed to enable goods and services to flow freely across England, Scotland, Wales and Northern Ireland when the UK leaves the EU’s single market and customs union on 1 January.

But it gives the government the power to change aspects of the EU withdrawal agreement, a legally binding deal governing the terms of the UK’s exit from the EU earlier this year.

Ministers say this is a failsafe mechanism in case the EU interprets the agreement, in particular the section on Northern Ireland, in an “extreme and unreasonable” way. The section – know as the protocol – is designed to avoid a hard border on the island of Ireland,

As well as Mrs May, the other four living former prime ministers – Sir John Major, Tony Blair, Gordon Brown and David Cameron – have spoken out against the bill.

Labour is opposing it and some Conservative MPs have raised concerns over its legal implications.

Amid all this, Prime Minister Boris Johnson last week agreed to amend the bill so that the Commons would get a vote before he could use the powers involved in breaking international law.

“This can only weaken the UK in the eyes of the world.”

She added that, if the Internal Market Bill were passed, “our reputation as a country that sticks by its word will have been tarnished”.

The Conservative MP for Maidenhead added that governments around the world had “trust in the United Kingdom”, asking: “Where will that trust be in future if they see a United Kingdom willing to break its word and break international law?”

Mrs May also said there would be “untold damage to the United Kingdom’s reputation”.

He added: “Through this bill, we are acting to uphold those priorities and deliver commitments we made in our election manifesto that we will provide unfettered access between Northern Ireland and Great Britain, and maintain and strengthen the integrity and smooth operation of our internal market.”

Mr Walker also said there were “harmful legal defaults in some interpretations” of the Northern Ireland Protocol.

“The consequences of this for Northern Ireland in that scenario would be very damaging,” he told MPs. “We cannot and will not run that risk.”

For Labour, shadow Cabinet Office minister Paul Blomfield said giving MPs the power to decide whether to use measures in the bill the Commons did not “resolve the issue”, which was “the breach of international law”.

SNP Westminster deputy leader Kirsten Oswald called the legislation “a grubby power-grab which we cannot and will not support” and that sections of it hung “like a badge of dishonour around this prime minister’s term of office”.