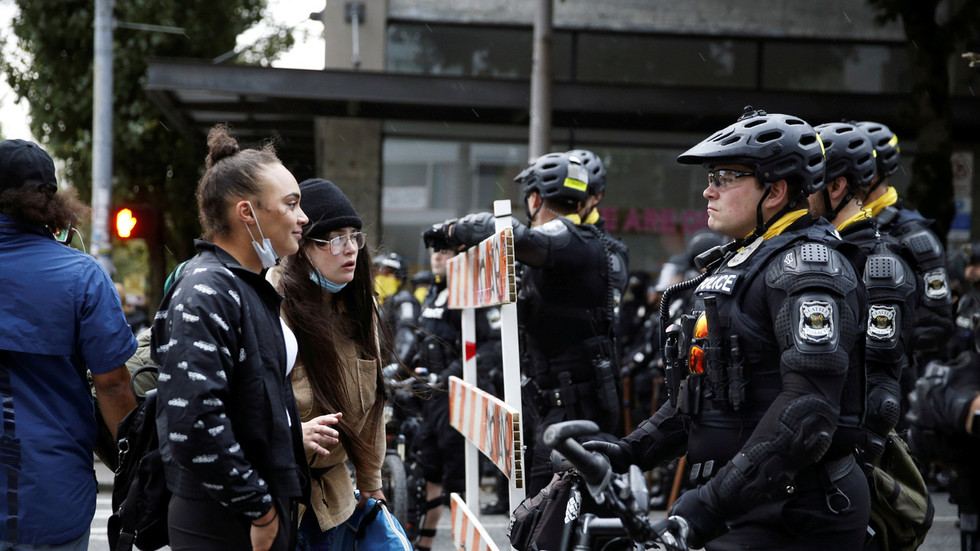 Seattle lawmakers are attempting to completely defund the city’s police department and replace it with a new “civilian-led” public safety system in response to ongoing Black Lives Matter protests.

The Seattle City Council has already come under fire this week for proposing a 50 percent cut to the police department’s budget — a proposal that prompted hundreds of citizens to express their concerns during a council meeting on Wednesday.

Yet, newly revealed legislation now shows that the council may be doing a lot more than simply stripping police of half their funding. Lawmakers are moving to completely abolish the police department and replace it with a system of “civilian-led community safety and violence prevention.”

The council argues in the proposal that police in the city perpetuate “racism and violence” and uphold “white supremacy.”

The new department must include people with “culturally-relevant expertise rooted in community connections” and use “trauma-informed, gender-affirming, anti-racist praxis,” according to the proposed legislation.

The “community-led” system would mainly focus on “housing, food security, and other basic needs.” It would also employ social service workers and require anyone working under this new system to “live in the community they service.”

The council said the proposal was motivated by the ongoing Black Lives Matter protests, which were sparked by the death of George Floyd on May 25 in Minneapolis.

Seattle is one of many cities to see BLM protests turn violent, with both civilians and police being assaulted. Federal agents were deployed to Portland, Oregon after demonstrators attempted to burn down the federal courthouse. On Thursday, President Donald Trump threatened to send in the National Guard if rioting continues.

Also on rt.com Trump vows to deploy National Guard to quell Portland’s ‘beehive of terrorists’ if feds fail to stop unrest by ‘tomorrow’

The Seattle proposal also calls for “underutilized public land” to be transferred to “BIPOC community ownership,” BIPOC standing for Black, Indigineous, and People of Color.

It’s not clear when the city council will vote on the new legislation, but a majority of its members have expressed support for at least defunding the police.

The radical proposal to replace the whole department with a community-led initiative immediately raised eyebrows on social media, with many seeing only disaster in the city’s future if they go through with the plan. One suggested the move would surely result in the “immediate collapse of public order.”

This is madness. If Seattle moves forward with its plan to abolish the police and permanently close the region’s largest jail, it will lead to the immediate collapse of public order. But for now, the political class is following the mob. Beware.

The level of public support for the dramatic proposal is unclear, but a recent poll found that over 50 percent of residents supported slashing the police department’s budget in half.