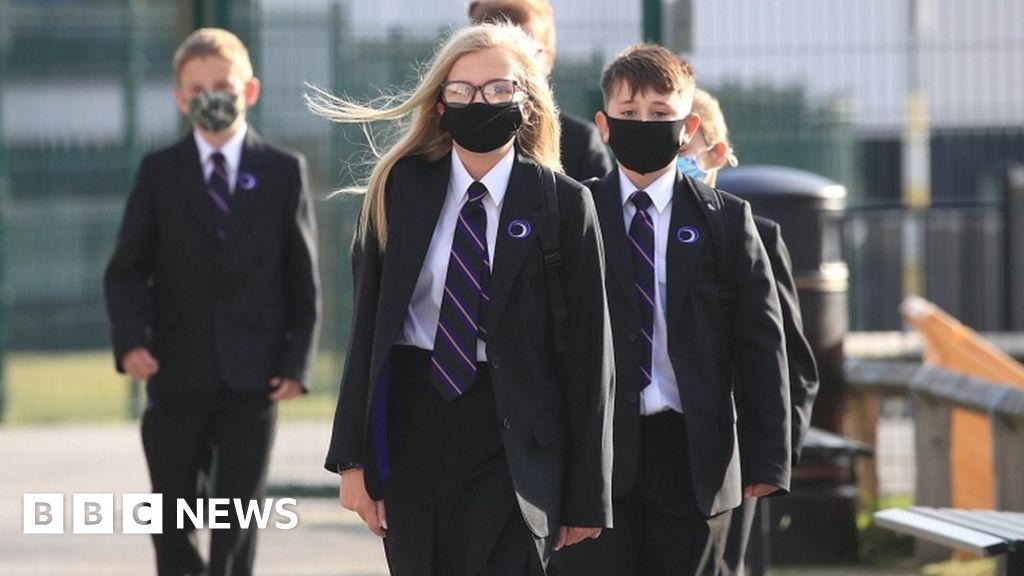 Around one in 20 children in England are out of school due to issues linked to the pandemic and lockdown, the Children’s Commissioner has suggested.

Anne Longfield stressed the number of schools who have sent pupils home due to a Covid-19 case was very small.

There were many others, she said, with special needs or emotional problems, who had not yet returned from lockdown.

But getting Covid tests to schools quickly was a test the government could not afford to fail, she added.

Some eight million children attend England’s schools and colleges, so 5% is about 400,000 pupils.

Ms Longfield told BBC News that the number of children back in school was good, thanks to the heroic efforts of teachers and school staff.

And the number of schools forced to close due to an outbreak, or having to send pupils or class groups home, was very small, she said.

This is despite numerous reports of schools sending children home.

She urged parents and schools to “hold their nerve”.

However, quoting official figures, she added: “We know that 10% of children are away from the classroom, not necessarily with Coronavirus,

“We think 5% of children are out of the classroom on average on a regular day – outside of the pandemic.

“We also know there are a lot of the children that aren’t in school don’t have symptoms themselves, but are in year groups with children who might.”

She stressed: “So there needs to be extra clarity from the government in terms of who does need to not be in school if there are symptoms.

“Also teachers need that help from public health officials locally, to be able to make those really difficult decisions, and really difficult risk assessments of how they can keep their schools going.

“This is a test for government that they cannot afford not to pass,” she said.

There was a danger that the goodwill of parents and teachers that had seen a successful return to school would be lost by the lack of access to testing, she warned.

“A lot of problems come because teachers are showing symptoms and therefore need to be tested and this affects the schools, especially small ones, because there comes a point when you can’t run a school because there aren’t enough staff.”

Teachers and schools needed to be prioritised for testing along with health care professionals, she said.

She warned that the situation with suspected Covid cases would worsen when children get the usual rounds of seasonal colds and flu.

Her comments come after a snapshot survey of heads, mainly in primary schools in England, painted a worrying picture of schools struggling to get tests for pupils or staff.

The National Association of Head Teachers survey, which had 736 responses from its 30,000 members, suggested that, where a suspected Covid case had hit a school, the system of public health support was not working well.

This compared to 14% with confirmed cases of Covid-19.

NAHT general secretary Paul Whiteman said: “Tests for Covid-19 need to be readily available for everyone so that pupils and staff who get negative results can get back into school quickly.

“But we are hearing the same thing repeatedly from our members across the country. Chaos is being caused by the inability of staff and families to successfully get tested when they display symptoms.

“This means schools are struggling with staffing, have children missing school, and ultimately that children’s education is being needlessly disrupted.”

A government spokesperson said 99.9% of schools were open with the vast majority of pupils attending.

“Where staff or children have symptoms of Covid-19, testing capacity is the highest it has ever been, and we are working to provide further priority access for teachers.

“Schools only need to identify close contacts and ask them to self-isolate if and when a case is confirmed from a positive test result.

“Close contacts of confirmed cases must follow the full 14 day self-isolation period and should only seek a test if they have symptoms.”