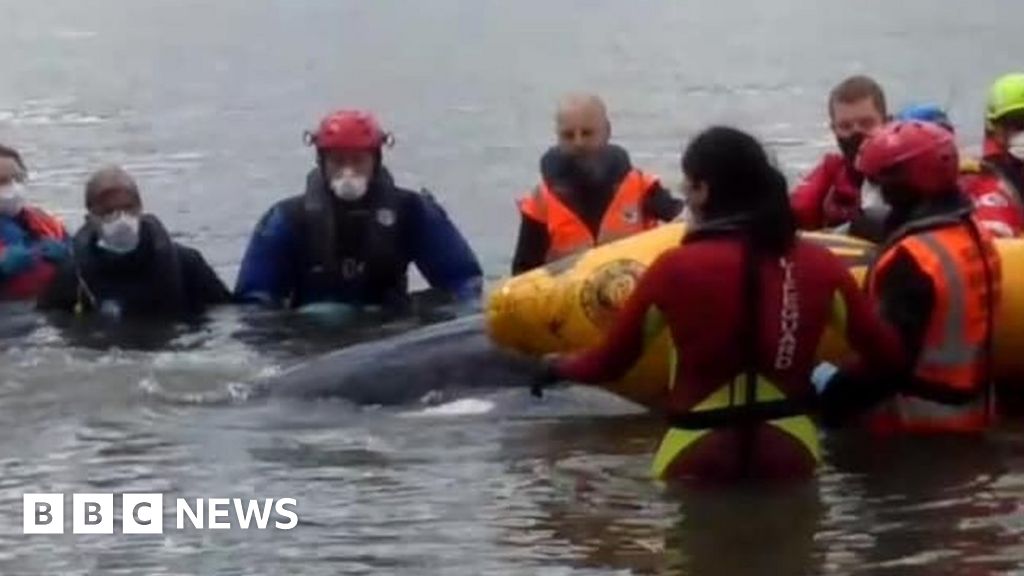 A minke whale in danger of being stranded on a beach has been rescued.

It was spotted off Fish Sands on the Hartlepool headland at about 11:00 BST on Saturday.

Rescuers had hoped to secure it again so it could be checked by a vet but said it had swum into deeper water.

“We needed to keep the animal close to shore without causing it to strand, so that we could continue to assess its breathing and manoeuvre it on to rescue pontoons,” BDMLR said.

“But, before we were able to fully inflate them, the whale made a sudden movement and swam away.”

BDMLR said minke whales were often found in the North Sea during the summer.