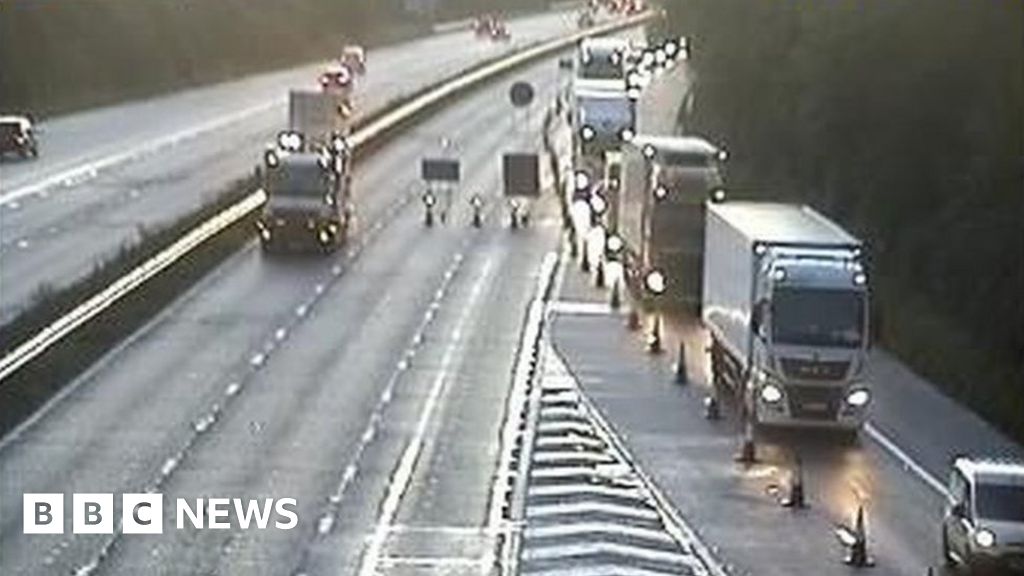 The M4 has been closed in both directions after two separate accidents.

The first happened at about 01:35 BST where a car overturned between Bath and Chippenham, closing the eastbound carriageway.

The second, in the same area between junctions 17 and 18, involved three lorries on the westbound carriageway.

Dorset & Wiltshire Fire Service said one person had to be cut free from the wreckage.

Wiltshire Police tweeted the road would be “closed for several hours.”

“Drivers should avoid using this stretch of the road until told otherwise,” the force added.