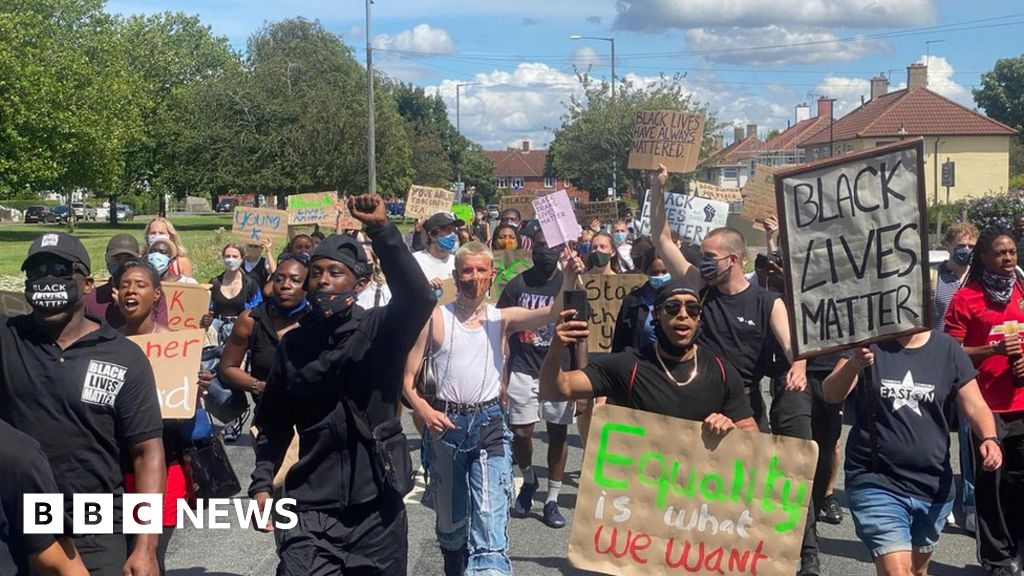 A Black Lives Matter protest has been held outside a Bristol hospital where a worker was attacked.

The victim, a 21-year-old musician known as K or K-Dogg, was hit by a car while walking to the bus stop from his job at Southmead Hospital on 22 July.

Police said it was being treated as racially-aggravated due to the language used by the car occupants. Two men were arrested on Saturday.

K-Dogg suffered injuries including a broken leg, nose and cheekbone.

The protest, which took place at lunchtime, started on Monks Park Avenue, pausing outside Southmead Hospital for about 10 minutes and stopping traffic again at the double mini-roundabout by the Lidl store.

Escorted by police, it then looped through Southmead before returning to Monks Park Avenue where the gathering heard speeches from organisers.