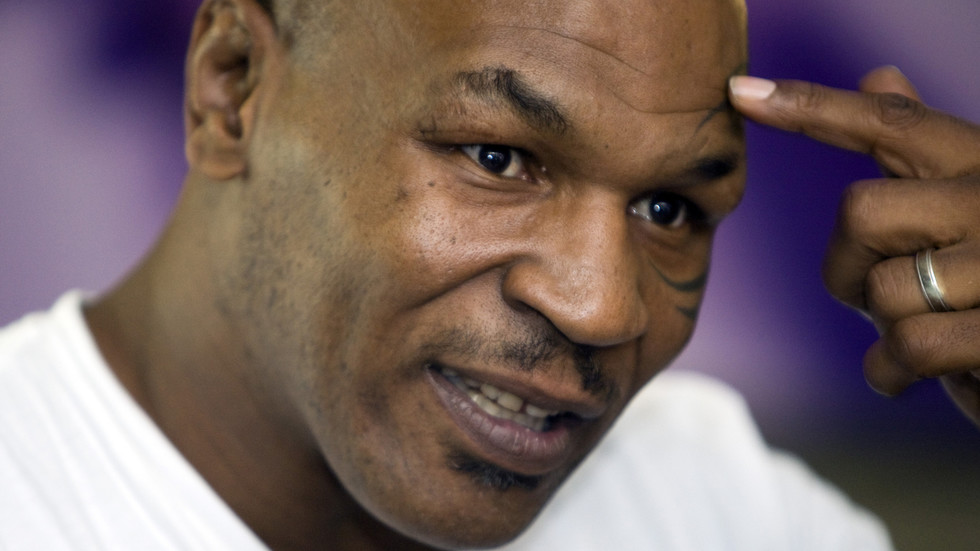 Boxing legend Mike Tyson has ranted about the fierce ego battle that is driving him on towards his fight with fellow great Roy Jones Jr next month, explaining that he feels peerless but hears voices warning him of embarrassment.

The former heavyweight champion has looked menacing in sparring clips promoting his return to the ring after an absence of more than 15 years, which he revealed last week would be against Russian-American veteran Jones Jr while appearing to smoke some of his marijuana strain as he signed the contract.

Now the 54-year-old has detailed his inner workings as he prepares for the veteran showdown with an opponent three years his junior, admitting that he is partly motivated by an excitable ego that he says he has had ever since he started out in the sport more than 35 years ago.

“My ego’s f*cking with me and I’m saying, ‘N*****, you think you fly? You ain’t sh*t,” he admitted on the pay-per-view platform where the eight-round exhibition fight in California will be shown.

“‘An amateur can get in here and kick your ass, you better get on top of your game. You want to get embarrassed in front of these f***ing people?’”

Tyson looked to have lost much of the brilliance that saw him live up to his nickname of “The Baddest Man on the Planet” when he lost his two previous comeback attempts in the final professional fights of his career so far.

Jones Jr won a cruiserweight title in 2018 but is the naturally smaller man, and Tyson clearly feels he is a match for anyone.

“My mentality is just what it’s always been,” he promised. “How do I say this? I’m an annihilator…man for man, I don’t think nobody can match me.

“I’m the greatest fighter since the conception of God – how could I not take this opportunity up?

Also on rt.com ‘My kids think I should sit my old ass down’: Mike Tyson admits training sessions are ‘really painful’ ahead of Roy Jones Jr fight