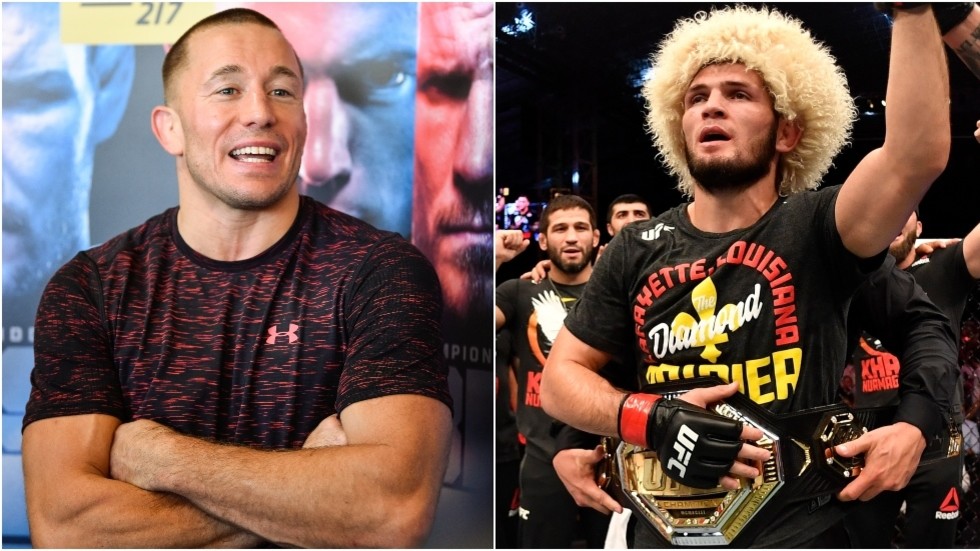 UFC legend Georges St-Pierre has said the promotion knows where to find him if they have “an offer he can’t refuse” for a superfight with undefeated lightweight champion Khabib Nurmagomedov.

Talk has resurfaced in recent days of a potential showdown between Canadian former two-weight king St-Pierre and current 155lbs ruler Khabib, partly fueled by comments by GSP himself at the end of July when he praised the Dagestani grappling phenom as seeming like “the perfect fighter.”

UFC boss Dana White then suggested he would be open to giving the fight the green-light as a potential swansong for Khabib, who puts his title on the line against interim champion Justin Gaethje on October 24, most likely in Abu Dhabi.

Also on rt.com Khabib is BACK! Nurmagomedov set to make his UFC return against Justin Gaethje on October 24

Overcome that not inconsiderable hurdle and Khabib would stand at 29-0, as thoughts inevitably turn to what would widely be regarded as a 30th and final fight.

‘The Eagle’ hinted how he wanted things to play out in a message last week, stating he is targeting the showdown with Gaethje followed by an April meeting with 39-year-old St-Pierre – a man he has previously expressed his vast respect for.

Speaking to Canadian channel RDS in French ahead of UFC Las Vegas 5 this weekend, Hall of Famer GSP dropped yet another hint that Khabib could tempt him out of retirement.

“I’m still in good shape, not because I have a fight coming up, but because I like to stay that way,” said St-Pierre, who last stepped into the octagon to defeat Michael Bisping to win the middleweight title in November 2017, before immediately giving up the title.

He added: “Having said that, I’m not in fighting form. If I had a fight, I’d have to go to training camp.

“I just got into the Hall of Fame, I’m retired and I’m fine.

“If the UFC has something to ask of me, an offer to make that I couldn’t refuse, they (can) just call me, they know where to find me.”

Khabib, 31, suffered the tragic death of his father and trainer Abdulmanap at the age of 57 in July, after complications stemming from a Covid-19 infection.

It’s widely believed that Nurmagomedov Sr’s wish was for his son to reach the 30-0 milestone before hanging up his gloves, with Khabib expected to attempt to honor that wish.