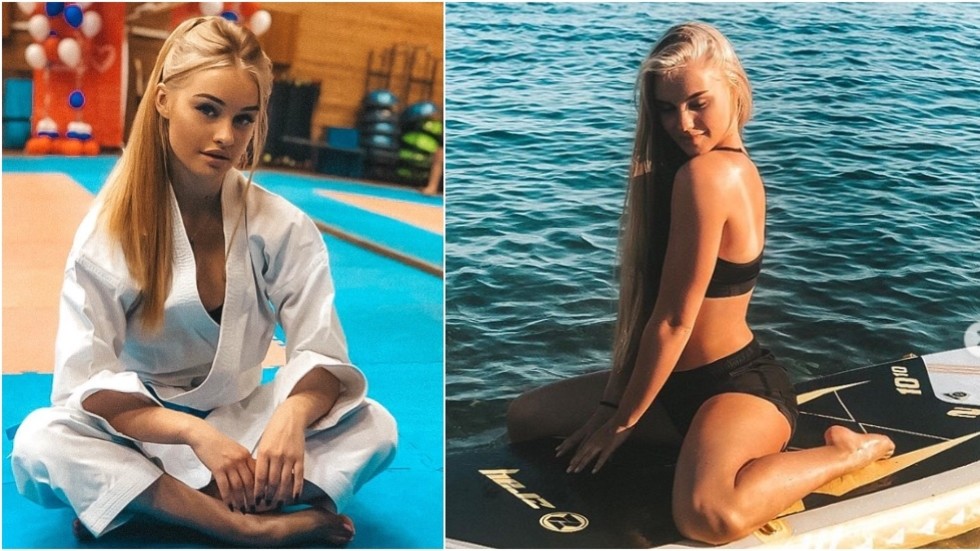 Russian karate starlet Daria Tulyakova took time out from her return to training in sunny Sochi, posting pictures on a paddleboard and jokingly asking fans how many times she had fallen off.

Tulyakova, 19, has been practicing karate since the tender age of eight, following in the footsteps of her mother, a respected trainer in the sport.

The budding young star has represented Russia at top-tier events, winning World Junior Championship bronze and recently competing for her country in the women’s Team Kata event in the Karate-1 Premier League, before Covid-19 caused the cancelation of events on the tour as sport ground to a halt around the globe.

But Tulyakova is now back in training on the Black Sea coast in Sochi, sharing a post-workout photo with fans earlier this week and writing: “Feel my tired vibe. First national camp after almost 5 months of quarantine.”

The blonde karate queen followed that up with an image of herself in a more relaxing pose on Saturday, taking to the waves on a paddleboard and teasingly asking fans to guess how many times she had fallen into the water.

“So beautiful,” read one reply to the post, while other fans among Tulyakova’s 36,000 followers settled for flame and bomb emojis to express their delight at her latest Instagram offerings.

With Tulyakova back in training she can continue her dream of pursuing a place on the Russian team for the Olympics, with karate set to make its debut at the Tokyo Games.

Tulyakova told news outlet Metro last year that the Games in Japan could come round too soon for her given her age, although she’s hoping to be fully ready by Paris 2024.

Her emerging career on the karate mat is being accompanied by a rise in social media popularity, which has seen Tulyakova dubbed Russia’s ‘karate Barbie’ in some quarters due to her model good looks.

“It’s nice when they say that (I’m the most beautiful karate star in Russia), but we have a lot of beauties in the national team,” Tulyakova modestly told Metro. “Plus, beauty doesn’t really matter in our sport.”

“Like any other girl, I have to mask my flaws. You can’t go without bruises in karate. But I try to take care of myself, especially my face. Mostly there are bruises on my legs.

“Sometimes I process my photos, but I just want my Instagram to look beautiful,” she said.

Judging by her latest photos, Tulyakova is continuing to do just that, in the process making a splash with her growing army of online admirers.