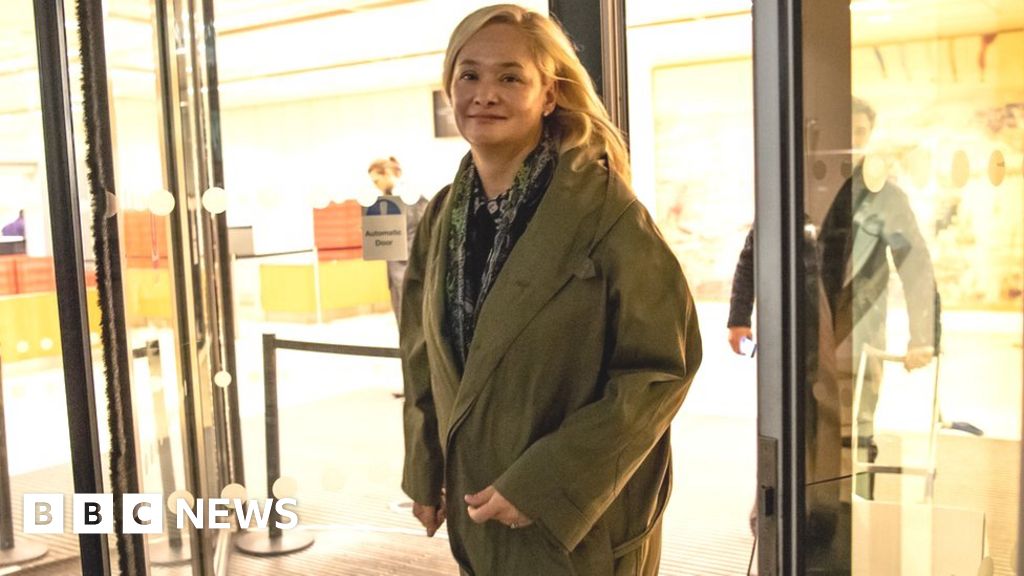 The husband of one of the Conservative Party’s biggest donors was secretly funded by a Russian oligarch with close ties to President Putin.

Lubov Chernukhin has given £1.7m to the Tories, including paying to spend time with the last three prime ministers.

Leaked files show her husband received $8m (£6.1m). The money initially came from a politician facing US sanctions due to his closeness to the Kremlin.

Her lawyers say the donations are not tainted by Kremlin influence.

A leak of banks’ “suspicious activity reports” – called the FinCEN Files and seen by BBC Panorama – shows Vladimir Chernukhin was sent the money in 2016 from a British Virgin Islands company linked to Suleyman Kerimov.

Officials at Deutsche Bank in New York reported it as being among $278.5m of transactions involving the offshore company.

There has been an increasing focus on donations to political parties from wealthy UK-based Russians in recent years, with July’s parliamentary report by the Intelligence and Security Committee referring to the possibility they could allow people to “assist Russian influence operations”.

‘Not fit and proper donors’

Billionaire Mr Kerimov is the owner of Russia’s biggest gold mine and member of the upper chamber of the Russian parliament. He has been under investigation in France over allegations of tax fraud since 2016.

In 2018 he was sanctioned by the US authorities, who were targeting those they said “play a key role in advancing Russia’s malign activities”.

Mr Chernukhin, 52, is a former deputy minister of finance under Vladimir Putin, who left Russia for London in 2004 after being sacked by the president.

The Chernukhins – one of the UK’s most prominent Russian-born couples – are now both British citizens and live in London.

Mrs Chernukhin’s donations to the Conservative Party began in 2012.

The majority – more than £1.5m – came after the $8m payment linked to Mr Kerimov was made to her husband on 29 April 2016, although it is not clear if any of that cash went to the Tories.

Journalist and Russia expert Ed Lucas, who gave evidence to the parliamentary inquiry into Russian influence, told Panorama: “The Chernukhins, pleasant people that they might be… are not fit and proper people to make donations to a British political party.”

Mr Lucas said he was “profoundly concerned by the access that, not only Lubov Chernukhin but also other rich Russians have to the heights of the Conservative Party, and to the government”.

Mrs Chernukhin’s donations to the Tories have given her access to figures at the top of UK government.

In return for £135,000 she was invited to a ladies’ night dinner at a luxury hotel with Prime Minister Theresa May’s cabinet in April 2019. She is pictured above, fourth from the right.

And the 47-year-old has twice made winning bids at auction for tennis matches with Boris Johnson. The last, in February this year, cost her £45,000.

In 2014 she paid £160,000 to play tennis with Prime Minister David Cameron and then London Mayor Mr Johnson.

As of this year she is the biggest female donor in British history to the Tories. According to Electoral Commission records, she has given about £1.7m in total over the past eight years, including £335,000 between last January and July.

When in 2018, Boris Johnson – then foreign secretary – was asked about the Chernukhins and the £160,000 tennis match donation, he told the BBC One’s Andrew Marr Show: “If there is evidence of gross corruption in the way that gentleman… obtained his wealth… then it’s possible for our law enforcement agencies to deprive him of his wealth.”

But he added “all possible checks have been made and… will continue to be made” on donations.

The $8m payment to Mr Chernukhin was made by an offshore company called Definition Services, which is controlled by Mr Kerimov’s children. The documents show their funding comes from their father and it is Mr Kerimov who has the personal relationship with Mr Chernukhin.

As Deutsche Bank was processing the money, it sent questions to officials at another bank involved in the transaction.

They said it was a “loan between the two parties aiming to support further immovable property projects of the borrower” and that Definition was involved in real estate investments.

Despite the response, Deutsche Bank filed a suspicious activity report (SAR), noting the link to Mr Kerimov and the payment to Mr Chernukhin.

Deutsche said Definition was “registered and banking out of high risk jurisdictions and the commercial purpose of the transactions and the relationship between the parties could not be determined”.

What do we know about the Chernukhin’s finances?

Some of Mr Chernukhin’s financial affairs have been made public as part of a long running legal battle with Russian oligarch Oleg Deripaska over the ownership of a former industrial site in Moscow.

Proceedings at the High Court in London revealed he set up a trust for his wife, and another trust for the benefit of the couple together.

Mrs Chernukhin has been described as a former banker.

She is listed as a director of four UK companies. One of them shares the same London correspondence address detailed in a bank document concerning the $8m payment to her husband from Definition Services.

Lawyers for the Chernukhins declined to say whether Mr Chernukhin had received the $8m.

But they said “Mrs Chernukhin has never received money deriving from Mr Kerimov or any company related to him” and her “donations to the Conservative Party have never been tainted by Kremlin or any other influence”.

They added all her donations have been declared in accordance with Electoral Commission rules.

Lawyers for Suleyman Kerimov said he denies all the allegations made by Panorama, and had “no dealings with Ms Chernukhin whatsoever”.

A Conservative Party spokesperson said: “There are people in this country of Russian origin who are British citizens and have the democratic right to donate to a political party. Many have been vocal critics of Putin and it is completely wrong and discriminatory to smear them all with the same brush.”

The FinCen Files is a leak of secret documents which reveal how major banks have allowed “dirty money” to be moved around the world. They also expose how US intelligence sees the UK as a “higher risk jurisdiction” and show it is awash with Russian cash from unexplained sources.

The files were obtained by BuzzFeed News which shared them with the International Consortium of Investigative Journalists (ICIJ) and 400 journalists around the world. Panorama has led research for the BBC.