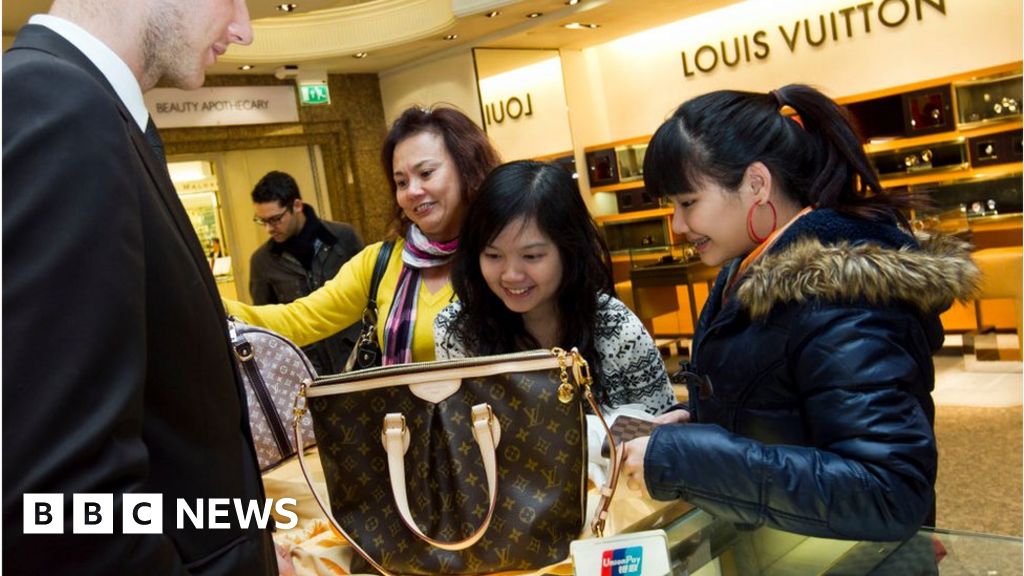 A government plan to end VAT-free shopping for international visitors at the end of the year could cost the UK billions of pounds in lost income, travel and retail bosses have warned.

In a letter to the chancellor, the heads of firms such as Marks & Spencer, Heathrow and Selfridges said the move also put 70,000 jobs at risk.

About £3.5bn in tax-free sales are made to non-EU tourists each year.

The Treasury says the tax relief is costly and vulnerable to fraud.

Under the VAT Retail Export Scheme (VAT RES), international visitors to the UK can reclaim the VAT they pay on goods purchased but not consumed in the UK.

It benefits tourist hotspots like London and Edinburgh, as well as the famous Bicester shopping village in Oxfordshire, which attracts visitors seeking bargains.

But earlier this month the government said it would abolish VAT RES on 31 December, when the Brexit transition period ends, arguing it offered little benefit to many parts of the UK and was inconsistent with international norms.

Critics say the Treasury fears that, under World Trade Organisation rules, the UK would also have had to extend the scheme to EU visitors after the transition period, creating an overwhelming administrative burden on the tax authorities.

The Association of International Retail (AIR), which co-wrote the letter, urged the chancellor to “look again at this devastating decision”.

It warned the UK will become the only European country not to offer VAT-free shopping for international visitors.

This would hurt the tourism, retail and leisure industries at a time when they are “already reeling from the impact of Covid-19”

“Madrid, Milan and Paris are rubbing their hands with glee at this self-inflicted wound,” said AIR boss Paul Barnes.

“If we charge a fifth more for the same goods, international visitors will not hesitate to switch their city breaks to other countries, and the stores and jobs will follow within months.”

According to Visit Britain, international tourists spent £6bn on shopping in the UK in 2018. Of those transactions, £3.5bn were registered as tax free sales, although VAT was only reclaimed on £2.5bn.

Thierry Andretta, boss of handbag maker of Mulberry which also signed the letter, accused the government of being “short-sighted”.

“It will destroy the UK’s ability to remain competitive with Continental Europe and… place us at a tremendous disadvantage, not to mention have a material impact on jobs and manufacturing in this sector.”

A Treasury spokesman said: “We’re making use of the end of the transition period to bring our personal duty and tax systems in line with international norms.

“This was subject to a full consultation, and VAT-free shopping is still available because retailers are able to offer it to overseas visitors who purchase items in store and have them sent directly to their home addresses.”