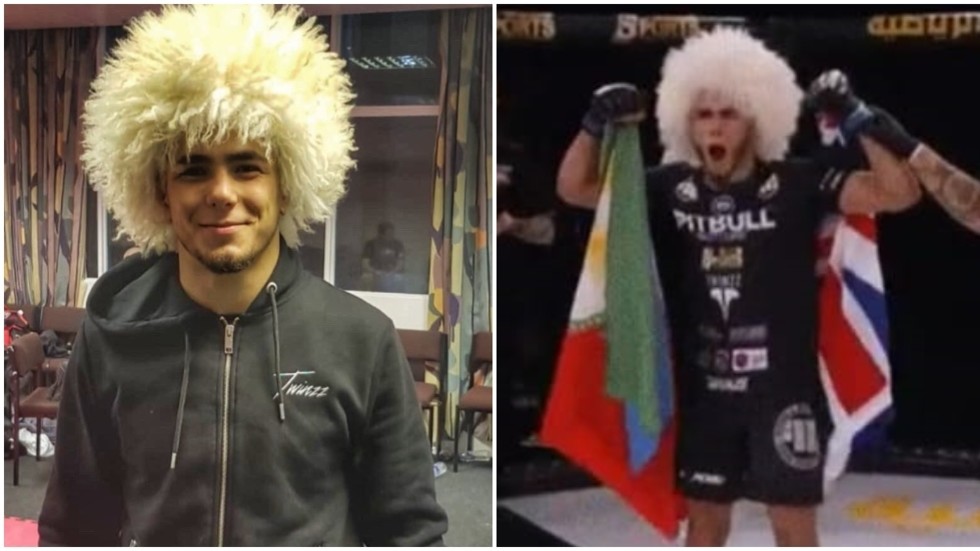 Russian-born MMA fighter Muhammad Mokaev, tipped as one of the sport’s hottest young prospects, ensured he started his professional career with a win as he picked up a dominant victory over Glenn McVeigh at BRAVE CF 37 in Sweden.

Mokaev dominated his bitter rival to take the first step on what he hopes will be a journey that makes him the UFC’s youngest champion, earning a unanimous win against the man who had called him a “bum” and promised to “smash” him during an acrimonious build-up to their encounter.

Even in the dying seconds of the grudge match, both fighters had to be told to stop insulting each other as the feud that had been evident at the weigh-in and even reportedly almost surfaced during an impromptu meeting in their pre-fight hotel spilled into the largely empty arena.

Northern Irishman McVeigh had spent three years publicly calling for a chance to face the two-time amateur champion and performed commendably to survive for much of a fight which he had taken at three days’ notice.

I cant remember a fight where both fighters.was warned for trashtalk the entire fight.

Six opponents had withdrawn from the chance to take on 20-year-old Dagestani grappler Mokaev, whose takedowns and striking ultimately settled the trash talking to earn the feared newcomer a convincing debut victory.

Speaking after the fight, Mokaev, who said he had turned down “crazy money” from Bellator MMA to sign with BRAVE, said he would bury the hatchet with Mokaev while remaining unhappy at his victim’s provocative approach.

‘The Punisher’ called on the promotion to arrange his next scrap for September 5 in Poland, where it will put on a card for the first time in the next potential opportunity for the prospect to continue his stated path to the top.

He also won new fans for his maiden performance, many of whom agreed with the 30-25 judging verdict and saw signs of an impressive future for the Russian-born youngster among the professional ranks.

What an amazing performance by Muhammad Mokaev!!! #BraveCF37

Muhammad Mokaev dominant win but will need serious improvements. Glenn McVeigh seriously gutsy performance, I’d like to see a rematch and full camp for McVeigh. Lots of shit talk throughout and after #BRAVECF37

“Great to start to the professional ranks for Mokaev,” said one. “Dominant performance from bell to bell.”

A critic cautioned that Mokaev required “serious improvements” and praised McVeigh for a “seriously gutsy performance.”

“I’d like to see a rematch and full camp for McVeigh,” they added. “Lots of sh*t talk throughout and after.”

Mokaev, who has trained alongside the likes of new bantamweight champion Petr Yan, has around three years to achieve his UFC title dream and eclipse the record of heavyweight champion Jon Jones, who achieved the feat at the age of 23 in 2011.

Also on rt.com ‘I want to be the youngest UFC champion’: Teenage phenom Muhammad Mokaev on signing his first pro contract and targeting MMA glory