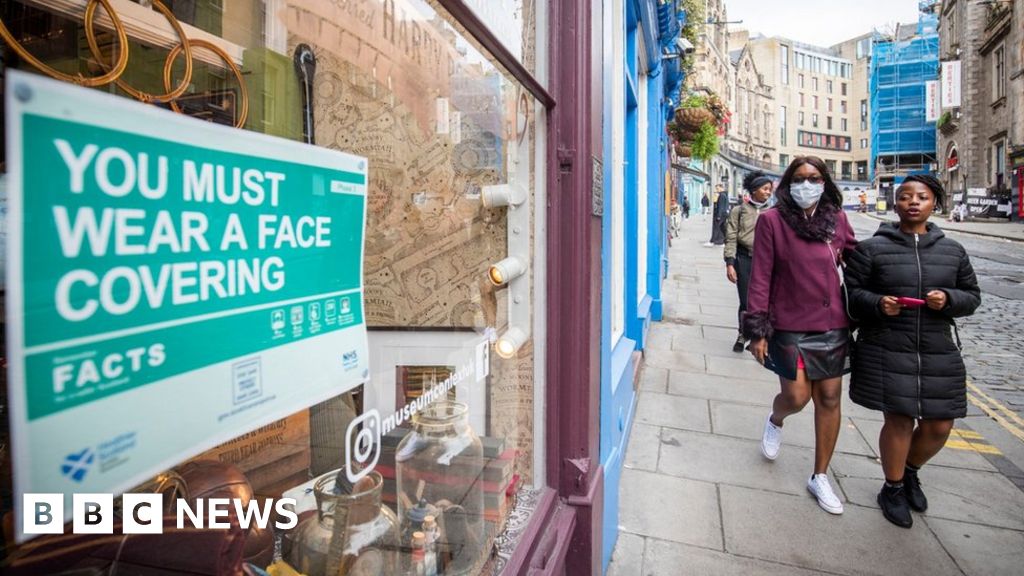 Scotland has recorded 486 new positive cases of coronavirus – the highest daily total since the outbreak began.

First Minister Nicola Sturgeon said the figures were concerning, and underlined why new restrictions had been imposed.

But she said it was important to remember that many more people are being tested now than at the peak of the outbreak earlier in the year.

Ms Sturgeon said 224 of the new cases were in Greater Glasgow and Clyde, with 107 in Lanarkshire and 57 in Lothian.

The number of positive tests was 103 higher than the figure recorded on Tuesday, bringing the total number of cases in Scotland to 25,495.

Ms Sturgeon said the number in the Greater Glasgow and Clyde area included a “significant” outbreak at Glasgow University.

People across Scotland have been banned from visiting other people’s homes from today, with Ms Sturgeon warning that the virus risks “spiralling out of control” unless urgent action is taken.

The move, which had already been in force in Glasgow and other areas of the west of Scotland, means the country has tougher coronavirus restrictions than England, where people can can still meet in groups of up to six in a house.

Scotland, like England, will also impose a 10pm curfew on pubs and restaurants from Friday – which the trade has warned could cost jobs and force some premises to close completely.

Scotland is currently carrying out about 10 times more tests every day than it was at the height of the outbreak in April.

“It must be remembered that many more people are being tested now than was the case in the spring.

“Nevertheless, today’s number represents 7.8% of people newly tested. That is obviously a real cause for concern, but it also underlines why we took very decisive and very tough action yesterday.”

Ms Sturgeon also hinted that she would have taken tougher action on pubs if she had “the ability to bring more financial firepower to mitigate the jobs and economic impact”.

The BBC understands UK Chancellor Rishi Sunak is looking at options to replace the furlough scheme when it expires at the end of October.

Ms Sturgeon had said at the end of June that she believed Scotland was “not far away” from eliminating the virus.

On Wednesday, she said she could understand why many people felt like the country was now “back to square one” after the new nationwide restriction on visiting other homes was imposed.

But she said this was “emphatically not the case”, despite the recent resurgence in cases.

The first minister said: “For a start, the action we took to suppress the virus over the summer meant that we have faced this resurgence from a lower base.

“That matters, and it is entirely thanks to the lockdown restrictions and all of the individual sacrifices that everyone has made.”

She said the rise in the number of cases was accelerating, but was still “not as rapid” as earlier in the year.

And she insisted that the country’s test and protect contact tracing system was “working well” and was succeeding in breaking transmission chains.

However, Scottish Labour MSP Monica Lennon said the system had struggled to cope when schools returned in August, and said there was still not enough routine testing in hospitals, care homes and schools.

She also called for routine testing to be done in universities, adding: “I think we have to be much more ambitious on testing in Scotland and right across the UK.”

Ms Lennon said: “We are still not testing enough. What we need to see in the coming days and weeks is mass testing being rolled out.

“We are in react mode and we didn’t have the foresight to put measures in place”.

Several universities across Scotland have been dealing with outbreaks of the virus in recent days – with 500 students at a hall of residence in Dundee being told to self-isolate after a positive case and several suspected cases emerged.

In a direct appeal to students, Ms Sturgeon said they must follow the rules on self-isolating if told to do so.

And she said the government would not hesitate to toughen the rules for colleges and universities if necessary.

The first minister added: “As we have seen in the past few days, Covid can spread really quickly in shared living settings and halls of residence.

“So please follow the rules on self-isolation, take all of the advice that is given and make sure you do it in the way that is asked.”