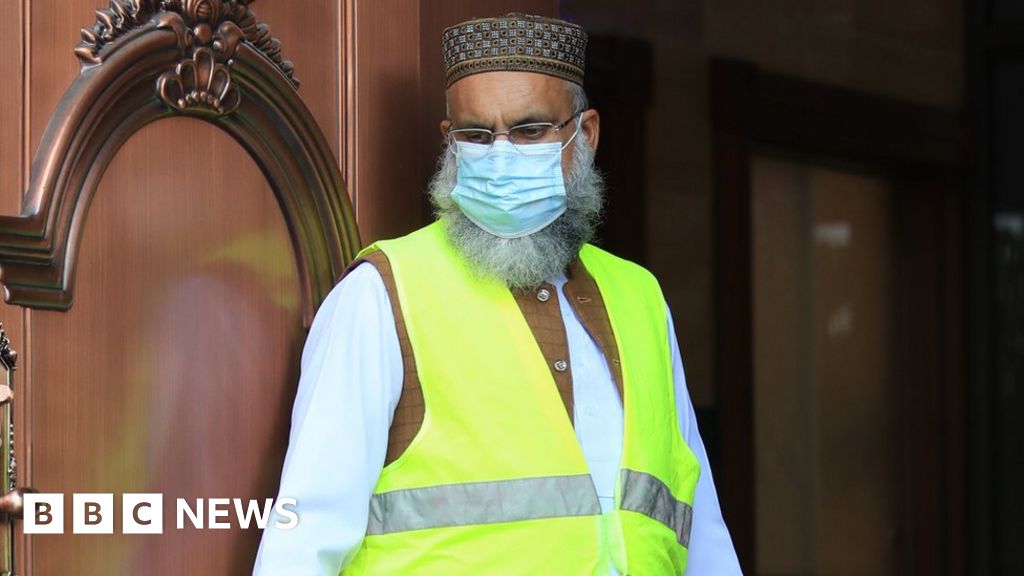 New “last-minute” lockdown rules mean “the spirit of Eid has gone”, a Muslim leader has said.

Bradford Council of Mosques President Zulfi Karim said Muslims were angry at the timing of the announcement – but he said it would not end Eid celebrations despite many having to cancel plans.

The restrictions ban separate households in parts of northern England from meeting each other at home.

The government said “immediate action” was needed due to a Covid-19 spike.

The festival of Eid-Ul-Adha began on Thursday night and finishes on Monday.

Mr Karim said: “Imagine it’s Christmas and you get this bombshell?

“Coming together of friends and family is actually a major part of the day of Eid – it’s a sharing of food and gifts and coming together.”

He added: “It’s a disappointment because we’ve bought toys for our grandkids. Our nieces and nephews were due to travel up from Birmingham, but they won’t be coming now.

He said the celebrations would continue even though plans had been “scuppered” for many Muslims.

“Why did the government leave it so late? Two hours before Eid, giving them little time to reconfigure,” she said.

“The issue for me is the timing, it’s really unfortunate.

“The lack of clarity for every community, not just Muslims, it’s so last-minute.”

Qari Asim, a senior Imam in Leeds, urged people to “remain safe” by celebrating at home. He said it was “just as effective as being in larger groups”.

“BAME communities have been disproportionately affected during Covid-19 and therefore we need to take extra precautionary measures,” he said.

“There has been a sense of deflation and disappointment as restrictions have been placed on Hajj for the first time in such a manner. But we are not alone. Other faith communities have had to make sacrifices. We hope these spiritual sacrifices will enable us all to defeat Covid-19 together.”

He said he did not want the situation “to give rise to Islamophobia, hateful narratives that some groups will try to exploit when Eid celebrations commence” and asked for people to be respectful during the celebrations.

He said: “My heart goes out to the Muslim communities in these areas because I know how important the Eid celebrations are.

“I’m very grateful to the local Muslim leaders, the imams in fact, across the country who’ve been working so hard to find a way to have Covid-secure celebrations.”