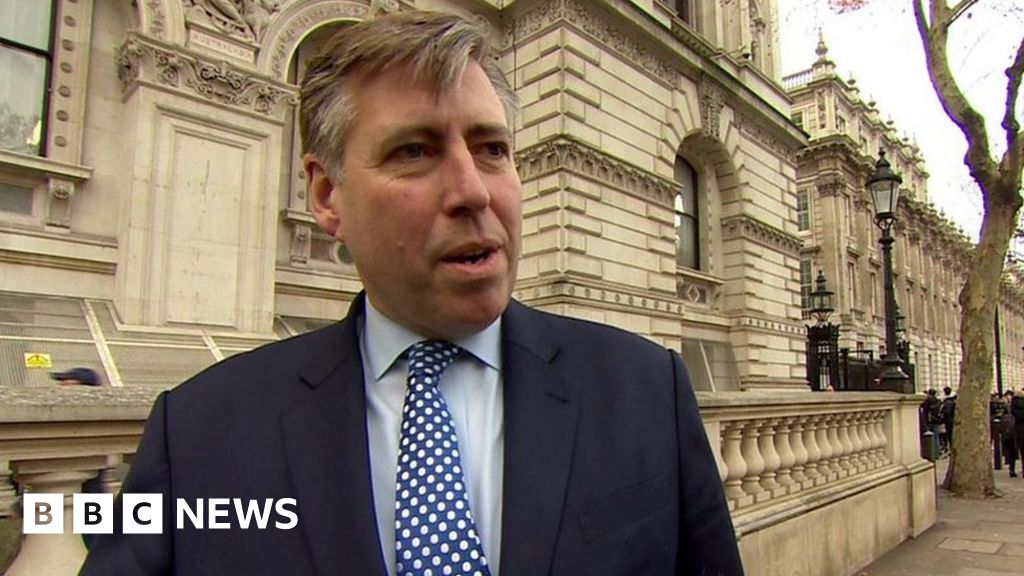 Parliament must directly approve any new coronavirus restrictions before they come into force, a leading Conservative MP has told the BBC.

Sir Graham said ministers had “got into the habit of ruling by decree” on the issue, citing the “imposition” of the rule of six limit on social gatherings

He told Radio 4’s Today public opinion was “moving” and the government could not take its backing for granted.

His warning comes as further measures are considered to address rising cases.

The government’s chief medical and scientific officers will give a televised briefing later about the current state of the pandemic and the challenges facing the UK over the winter months.

Transport Secretary Grant Shapps said the outlook they would present was “very stark” and the government might need to take action “extraordinarily quickly” if existing curbs did not bring infection numbers down.

MPs will vote next week on whether to continue to allow the government to use powers contained in the Coronavirus Act, an emergency piece of legislation fast-tracked through Parliament in late March.

It gives the government a wide range of emergency powers, although most of the Covid lockdown laws have been imposed using regulations under the 1984 Public Health Act, which take effect prior to a parliamentary vote.

Sir Graham, who is chair of the powerful 1922 committee of Conservative backbenchers, said the six-month review of March’s Act was welcome but Parliament needed to be much more involved in scrutinising and approving what he said were “really quite extreme emergency powers”.

While he accepted the current situation was “serious”, he said this did not absolve government from acting without recourse to Parliament – as he suggested had happened when it “imposed” the rule of six limit in England.

If there had been a debate on the measures, he said ministers would have been forced to justify why children were included in the maximum number, unlike in Scotland, and what the criteria would be for relaxing the strictures.

“The government has got into the habit, in respect of the coronavirus issue, of ruling by decree without the usual, debate, discussion and votes in Parliament that we would expect on any other matter,” he said.

“The British people aren’t used to being treated as children.

“We expect in this country to have a parliamentary democracy where our elected representatives on our behalf can require proper answers to these not just have some imposed.”

Many MPs are concerned Parliament has been marginalised during the pandemic while the UK’s most senior former judge, Lady Hale, has suggested it had “surrendered its role” when it allowed “sweeping and draconian” laws to be passed with only a few hours of debate.

In an essay published on Monday, the former president of the Supreme Court said she hoped the UK could return “to a properly functioning constitution as soon as we possibly can”.

Sir Graham said there was no excuse for lack of Parliamentary debate, adding that “governments find it entirely possible to put things to Parliament quickly when it is convenient for them to do so”.

While he believed MPs would have given their “overwhelming” backing to the national lockdown in late March, had there been a vote on the issue, he was not sure they would approve such a blanket shutdown again.

“I think opinion in the country and in Parliament is starting to move,” he said.

Speaking on BBC Breakfast, Mr Shapps defended the speed at which the government has had to take “often very difficult decisions”, saying he believed it had acted at all times “with the consent of the British people”.

“We are not in normal times, when we have the luxury of more time,” he said. “The government has to sometimes act extraordinary quickly.”

He dismissed reports of a “row” in government over the next steps, insisting ministers were “quite rightly…debating through the points – looking from every single angle”.

Labour has signalled it would back further restrictions in the coming days, urging ministers not to delay acting after Prime Minister Boris Johnson said a “second wave” of the virus had arrived.

But MPs are urging the government not to repeat some of the “mistakes” it made first time around.

The Commons Human Rights Committee said “confusion over what is law and what is merely guidance has left citizens open to disproportionate and unequal levels of punishment for breaking the rules”.

“Unfortunately it seems that once again, this is overtly affecting BAME individuals,” it said in a new report.

“The government must learn from these mistakes to ensure that any additional lockdowns do not unfairly impact specific groups.”