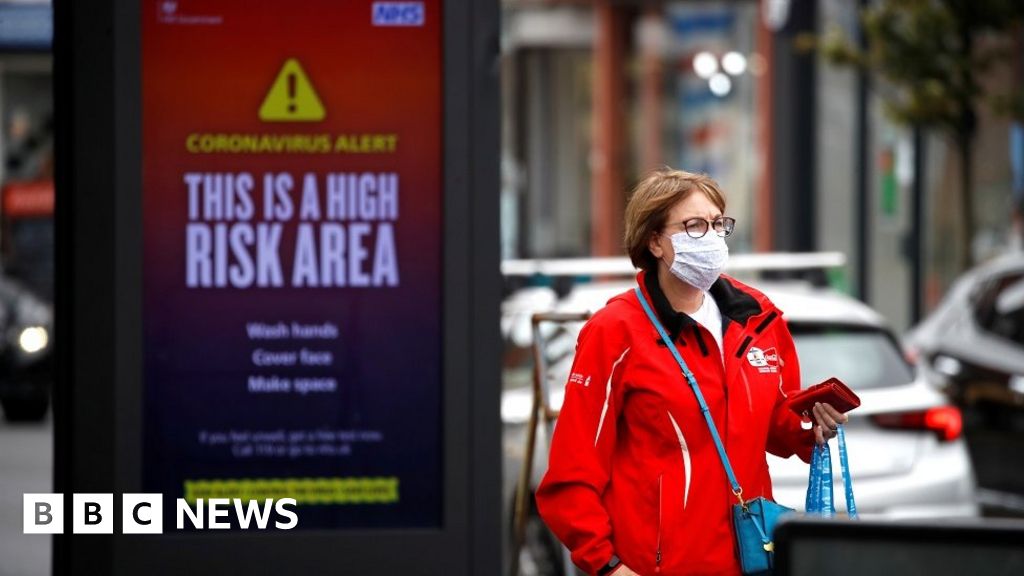 A major incident has been declared by authorities in Greater Manchester following rises in coronavirus infection rates.

Greater Manchester Police (GMP) said the decision was taken to help agencies respond “as effectively as possible”, including with extra resources.

Manchester City Council said people “should not be alarmed” by the news.

Greater Manchester is one of many areas in northern England facing new local lockdown restrictions.

The new restrictions announced on Thursday – that also apply in east Lancashire and parts of West Yorkshire – ban separate households from meeting each other at home.

“Although the council and partner organisations have been working closely to tackle the impacts of the pandemic since early this year, declaring a major incident means we can ramp this up further,” he said.

“It allows the establishment of a central command structure to oversee the response and enables agencies involved to draw on extra resources.

“Following last week’s government announcement of preventative public health measures across Greater Manchester to address the rising number of Covid-19 cases, the public would expect us to give this situation our concerted collective attention.

“That, with a view to enabling these restrictions to be lifted as soon as possible, is exactly what we are doing.”

GMP’s Assistant Chief Constable Nick Bailey said: “It is part of our desire to protect the population of Greater Manchester and provide them with the highest levels of assurance that agencies are doing all they can to reduce infection rates and bring Greater Manchester back to as near a state of normality as current times allow.”

Separate households have been banned from meeting each other indoors.