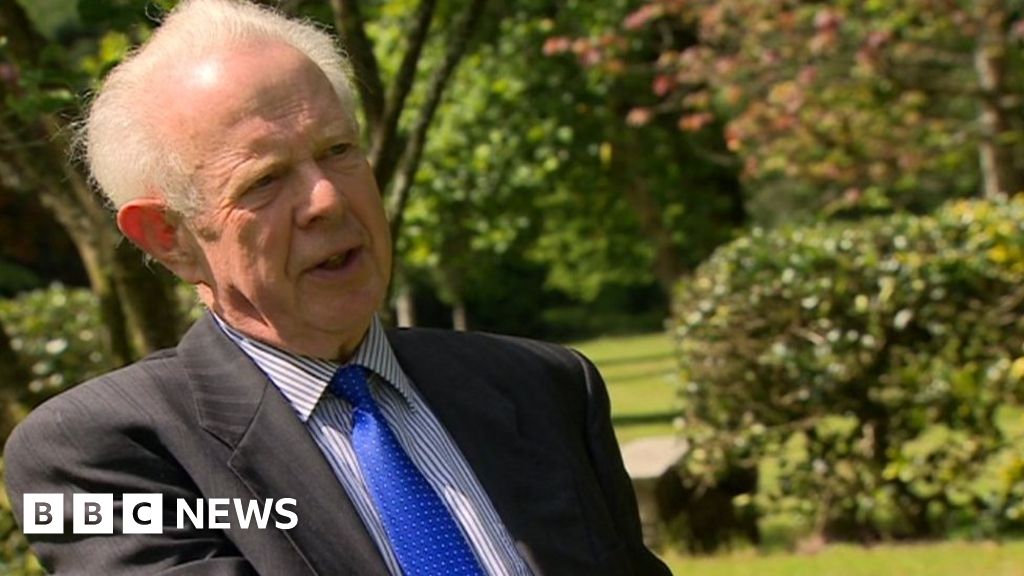 The coronavirus pandemic has given us a chance to be more creative in finding solutions for the courts, according to the former Lord Chief Justice of England and Wales.

With backlogs, poor pay and an obsession with the dock, Lord Thomas of Cwmgiedd says we should rethink the way our courts operate.

While many crown and magistrates courts have reopened since lockdown, large jury trials remain problematic because of social distancing and some cases that were put on hold are yet to be relisted.

“The one thing we can’t have happen is for delays to build up – that is an overriding consideration,” said Lord Thomas.

‘It’s compelled us to think again’

“I think the most important thing is that the Covid-19 experience has not diminished the quality of justice,” said Lord Thomas.

Many courts have used video technology to allow hearings to continue – and the former Lord Chief Justice would like to see that expanded upon.

“One of the really important factors to bear in mind is that the pandemic has given us an opportunity to be creative, it’s compelled us to think again.

“And the solutions we’ve had to adopt at great speed may not be the right ones, but at least they open the box to much wider and more informed thinking.”

‘Do you have to have all the prisoners in the dock?’

At a recent online seminar held by Swansea University, Judge Meleri Tudur explained that the move to using video links for special educational needs tribunals, meant participants no longer had the stress of travel, parking and formal settings, but could present their case from the comfort of their homes.

“I think the experience of most judges is that in civil cases, hearing evidence over a video link is not a problem,” said Lord Thomas.

“In criminal cases, this may be more difficult,” he said, though stressed it’s still possible to see “the whites of a defendant’s eyes” even by video – sometimes more clearly.

“We have got to try and look at all of these options.”

But should we be more innovative and use bigger conference facilities?

“I think so, I mean there is a question as to the dock,” he said.

“Do you have to have all the prisoners in the dock? There are certain types of case where the risk of escape is so high that you probably need to do that. But whether we need to put all defendants in a dock is a question mark that has been raised.

“Many countries in the world don’t do so, but we have been very reluctant to go down this route, and when I was Lord Chief Justice, when I raised the question, it caused rather a storm, but it’s something we should revisit.”

As BBC Wales reported on Friday, a backlog of outstanding cases in England and Wales had already reached 40,173 in the crown courts by the end of March – a 21% increase on the previous year.

It has been estimated that Newport and Cardiff crown courts each have a backlog of 2,000 cases.

“A backlog did build up. And for some years, the criminal justice system has been underfunded,” said Lord Thomas.

‘Obsessed with the dock’

“One of the most serious aspects of that is, first of all, the person who’s in custody. But equally seriously, the kind of case where the defendant is accused of some form of assault, possibly sexual assault. And for that to be delayed is awful for the victim.

“The legal profession is immensely conservative and it’s not prepared to look enough at the alternatives.

“More than 20 years ago, I used to sit in Swansea and I sat trying criminal cases in the old council chamber. There was no problem about that. We then became obsessed with the dock and with security. And I think it was an obsession that was misplaced.

“Fortunately, we’re now having to re-examine these things.”

But additional courts have staffing implications too.

“There are two problems in relation to staff, first of all, court staff are not well-paid in relation to other members of government service. It’s possible for an experienced, well-qualified person who has a position in the crown court to make a substantial increase in salary by transferring to another government department.”

Lord Thomas said the Ministry of Justice (MoJ) had “grossly underfunded” its staff for some considerable time but there was also a problem with lack of numbers.

“There is a lot that can be done, and should be done to increase the number of staff that you have available,” he insisted.

“Where I would see real room for progress is using buildings on an occasional, multi-use basis, and therefore using more staff, and certainly paying them much better than they are currently paid.”

The MoJ has argued that it is innovating, including using cloud video technology in more than 10,000 criminal cases so far, while it had also expanded remote access to hearings.

It said it was also “investing millions in buildings and technology”.

It added: “We place great value on all our staff, which is why we ensure their pay is fair and regularly reviewed.

“We are working on our annual pay award, which will take into account any issues or concerns around pay.”