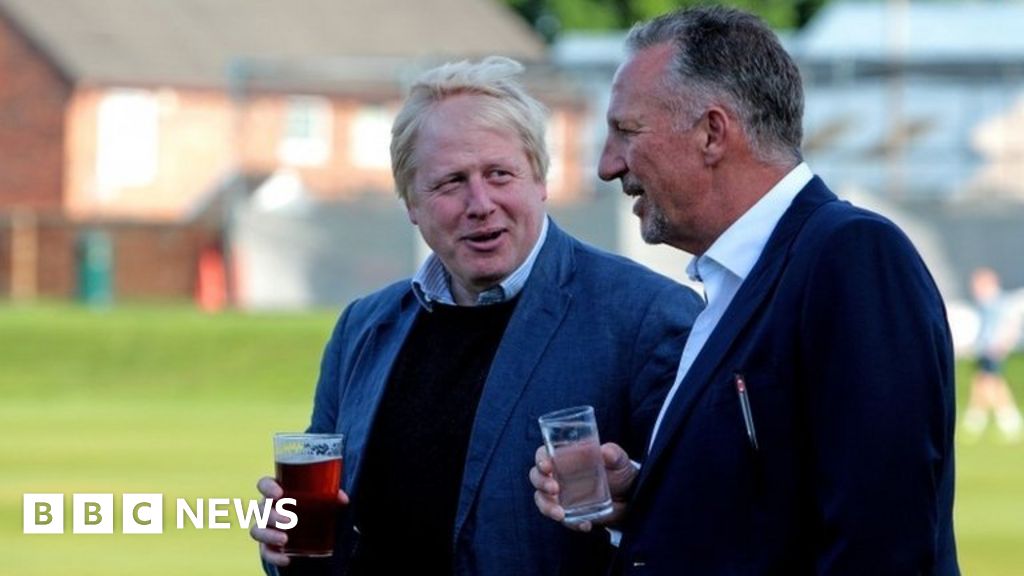 Former England cricket captain Sir Ian Botham is to join the House of Lords, the government has confirmed.

The 64-year-old, a strong supporter of Brexit, is among 36 new peers, who also include former Chancellors Ken Clarke and Philip Hammond.

Jo Johnson, the prime minister’s Remain-supporting younger brother, who quit as a minister last year in protest at government policy, will join them.

And Philip May, husband of former Prime Minister Theresa May, gets a knighthood for “political service”.

Sir Ian, who played 102 Test matches for England between 1977 and 1992, is an advocate of field sports and a prominent Brexit supporter who was knighted in 2007, in recognition of his services to charity and cricket.

His most famous moment on the field came in 1981 when he inspired a sensational defeat of Australia. After retirement, he became a commentator and started his own wine label.

He will sit as a crossbench – independent – peer.

Jo Johnson, who stood down as an MP at December’s general election, resigned from the government last September, saying he was “torn between family loyalty and the national interest”.

Mr Clarke and Mr Hammond were among 21 Conservative MPs who lost the party whip last autumn when they rebelled against Mr Johnson in a bid to prevent a no-deal Brexit.

Ruth Davidson – who quit as Scottish Tory leader last August after eight years in the role, saying the idea of spending long periods away from her young son filled her with “dread” – also becomes a peer.

She will not take her seat in the House of Lords until after she stands down from the Scottish Parliament at next year’s election.

The Speaker of the House of Lords, Lord Fowler, criticised the decision to award 36 peerages, calling the list “a lost opportunity to reduce numbers”.

He said: “The result will be that the House will soon be nearly 830 strong – almost 200 greater than the House of Commons. That is a massive policy U-turn.”

Evgeny Lebedev, owner of the Independent and the London Evening Standard, becomes a peer, as does Charles Moore, former Daily Telegraph editor and biographer of ex-Prime Minister Margaret Thatcher.

Of the Labour MPs honoured, Ms Hoey and Ms Stuart were prominent pro-Brexit campaigners during the 2016 EU referendum.

The prime minister’s chief strategic adviser, Sir Edward Lister, gets a peerage, but there is no honour for former House of Commons Speaker John Bercow, despite retired holders of the office usually joining the Lords.

The government did not put Mr Bercow’s name forward, despite it being proposed by former Labour leader Jeremy Corbyn.

Lord Newby, Liberal Democrat leader in the House of Lords, said: “By giving a large number of his cronies peerages, [Mr Johnson] has shown that the Tories have abandoned any pretence of reducing the size of the bloated House of Lords.”

For the SNP, MP Pete Wishart accused the prime minister of “handing out jobs for life in the unelected House of Lords to friends and those who have done him favours”.

“The prime minister’s idea of levelling up involves gifting his cronies, damaging policy facilitators, and family members with jobs as legislators for life – with no democratic mandate or accountability to people across the UK.

“It’s the worst kind of cronyism that only highlights the rotten Westminster system that is detached from reality.”