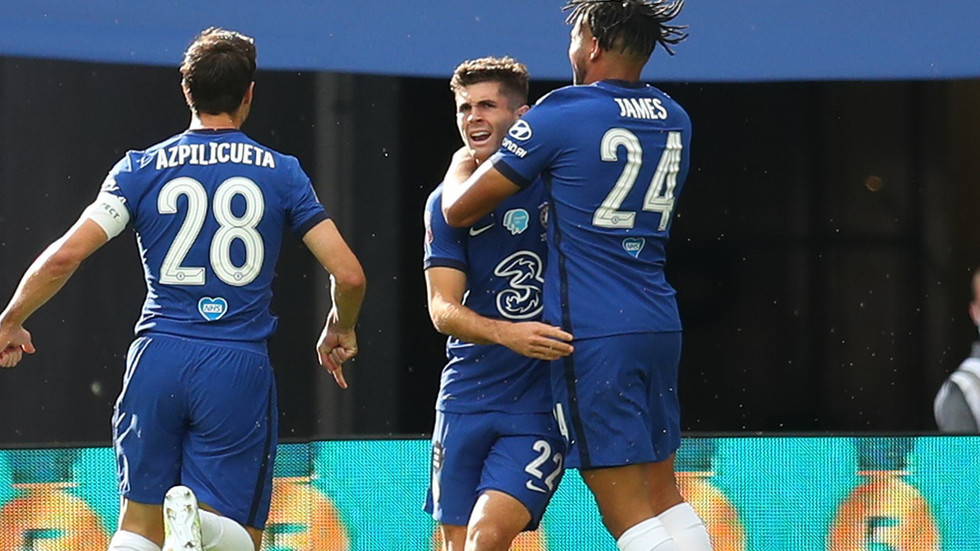 At the end of a season in which many have said that he will become the greatest American player in English Premier League history, US star Christian Pulisic reached another milestone with a Cup Final goal before being injured.

Pulisic gave Chelsea their dream start after just five minutes in the showpiece against Arsenal at Wembley, completing a move that he started in midfield with a delicate finish to give his side the lead over their London neighbours for his 11th goal of the season.

Minutes later, the US international almost doubled the lead but was denied by opposition goalkeeper Emiliano Martinez.

The 21-year-old became the most expensive American signing of all time when he joined the club for almost $75 million last year and has recently recaptured the form that saw him score his first hat-trick for the Blues earlier in the season, scoring four goals and setting up a further four in Chelsea’s final nine Premier League matches.

What a good goal by Pulisic. The first touch especially to get by the final defender and create space. Seems like everything is coming to him so quickly in the final third.

That helped them to earn Champions League qualification by finishing fourth in the table, although Pulisic has played a far less prominent role in their run to the cup final, appearing just once in their five wins in the competition.

He could become only the second American in modern times to win the trophy after Manchester United goalkeeper Tim Howard in 2004, although Arsenal equalized before the half-hour mark as Pierre-Emerick Aubameyang converted a penalty.

Despite his excellent form, Pulisic was something of a surprise starter in the match, having been an unused substitute in the 3-1 semi-final win over United at the same venue last month.

Aubameyang and Pulisic Score. Both played in the Bundesliga which we shamelessly called a farmers league and now they’re ripping up the prem. makes you think…

Boss Frank Lampard, who has an eye for a creative midfielder given his own legendary status in the role for Chelsea, preferred the youngster to experienced winger Willian and was almost immediately rewarded for his decision as his side went ahead.

Pulisic had an unfortunate end to his afternoon as he required help to leave the pitch with what looked like a nasty hamstring injury, departing down the tunnel for treatment shortly into the second half.

Chelsea began as favorites against an inconsistent Arsenal side who finished four places and 10 points behind them in the final Premier League table.

‘Unfeasible’: Barcelona RULE OUT move for Neymar in blow to Messi reunion hopes as club counts cost of Covid-19 fallout

One-man show: Cristiano Ronaldo gives Maurizio Sarri a problem at Juventus that will linger until he leaves the Serie A champions

You may have missed