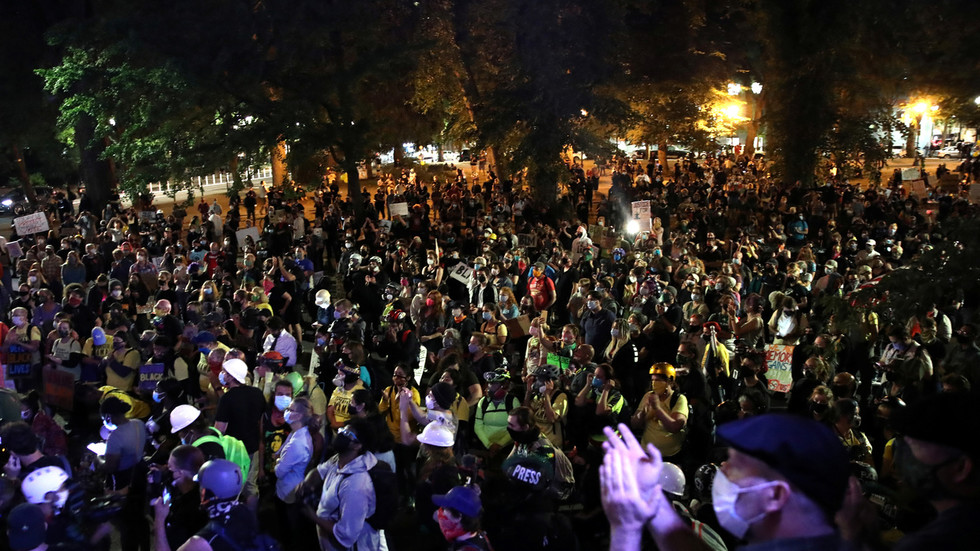 A federal judge in Portland has proposed making the American Civil Liberties Union an arbiter to distinguish between legitimate journalists and protesters-in-disguise – a move with important implications for press protections.

The issue stems from an order by US District Judge Michael Simon last week banning federal officers from arresting or assaulting journalists covering the ongoing protests in Portland. Federal agencies said the ruling was untenable because some protesters are falsely labeling themselves as press in nightly clashes outside the federal courthouse.

Simon said Friday that requiring journalists to be vetted by the ACLU and giving blue vests to those who are legitimate could be a solution to properly identifying reporters. He cited a video submitted by the government showing a protester with the word “press” on his helmet bursting through a barrier outside the courthouse and trying to coordinate an attack.

“Simply having ‘press’ on your helmet might not be the best way to preserve first amendment rights,” Simon said.

Matt Borden, a lawyer who represented the ACLU and journalists in seeking the restraining order, said he doesn’t think the ACLU or any other organization should be put in the position of deciding who’s a journalist.

The question of journalist legitimacy has become murkier in an era where anyone with a phone and an internet connection can do reporting and call themselves a reporter. Choosing the decision-maker is all the more tricky.

Conservative journalists might have justified trepidation about the ACLU being an arbiter for their profession. Liberal law professor Alan Dershowitz wrote in 2018 that the ACLU had become a “hyper-partisan, hard-left political advocacy group” rather than a neutral defender of civil liberties.

Heaven help us.“We could redefine ‘journalist’ to someone who is authorized by the ACLU,” U.S. District Judge Michael Simon said. “The ACLU could maintain a list of who they are giving vests to and give them appropriate guidance and instructions.”!!!!https://t.co/peCwVKI6kg